Elimination of Violence Against Women 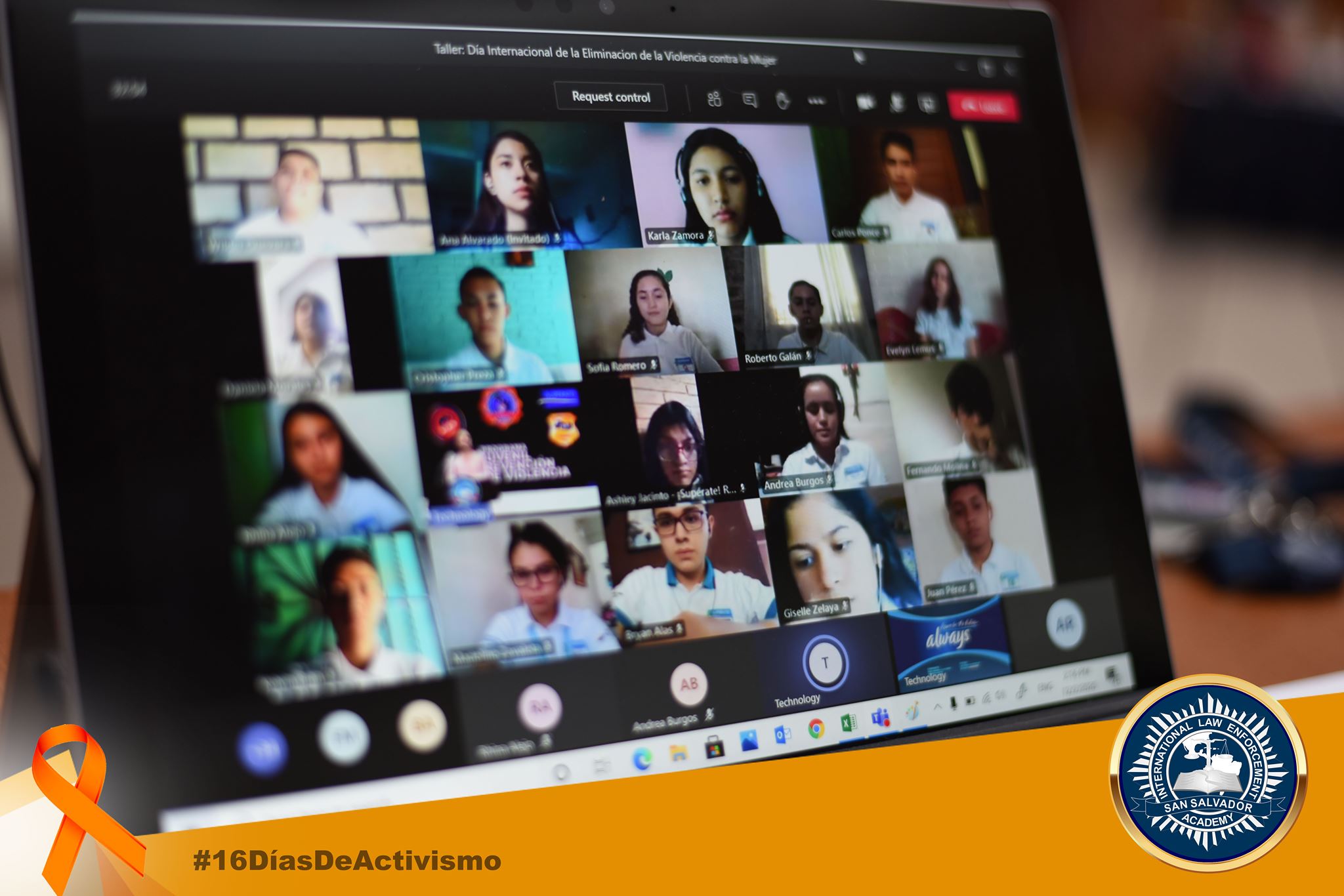 ILEA San Salvador, in coordination with the Bureau of International Narcotics and Law Enforcement Affairs of the Embassy of the United States of America (INL), developed a workshop to commemorate the #InternationalDayfortheEliminationofViolenceagainstWomen.

The workshop was conducted virtually, under the instruction of Graciela Sagastume, coordinator of the Women's Unit of the Attorney General's Office (FGR), who spoke to the young people about how to eradicate gender violence, not to continue reproducing gender stereotypes, and also included the theme of new masculinities and respect.

Thirty-six teenagers representing six centers of the Supérate Program, who are already part of our Youth Violence Prevention Program, participated in this important talk.

During the session, the director of ILEA San Salvador for the United States Government, Carl Beckett, addressed a few words to the adolescents, encouraging them not to allow violent practices to be part of their environment, to treat people with respect and dignity, and to value themselves as human beings.

ILEA San Salvador remains committed to help the Latin American countries   and the Caribbean to build more equitable societies , just, and free from violence of any kind. #16DaysofActivism #16DaysofActivism