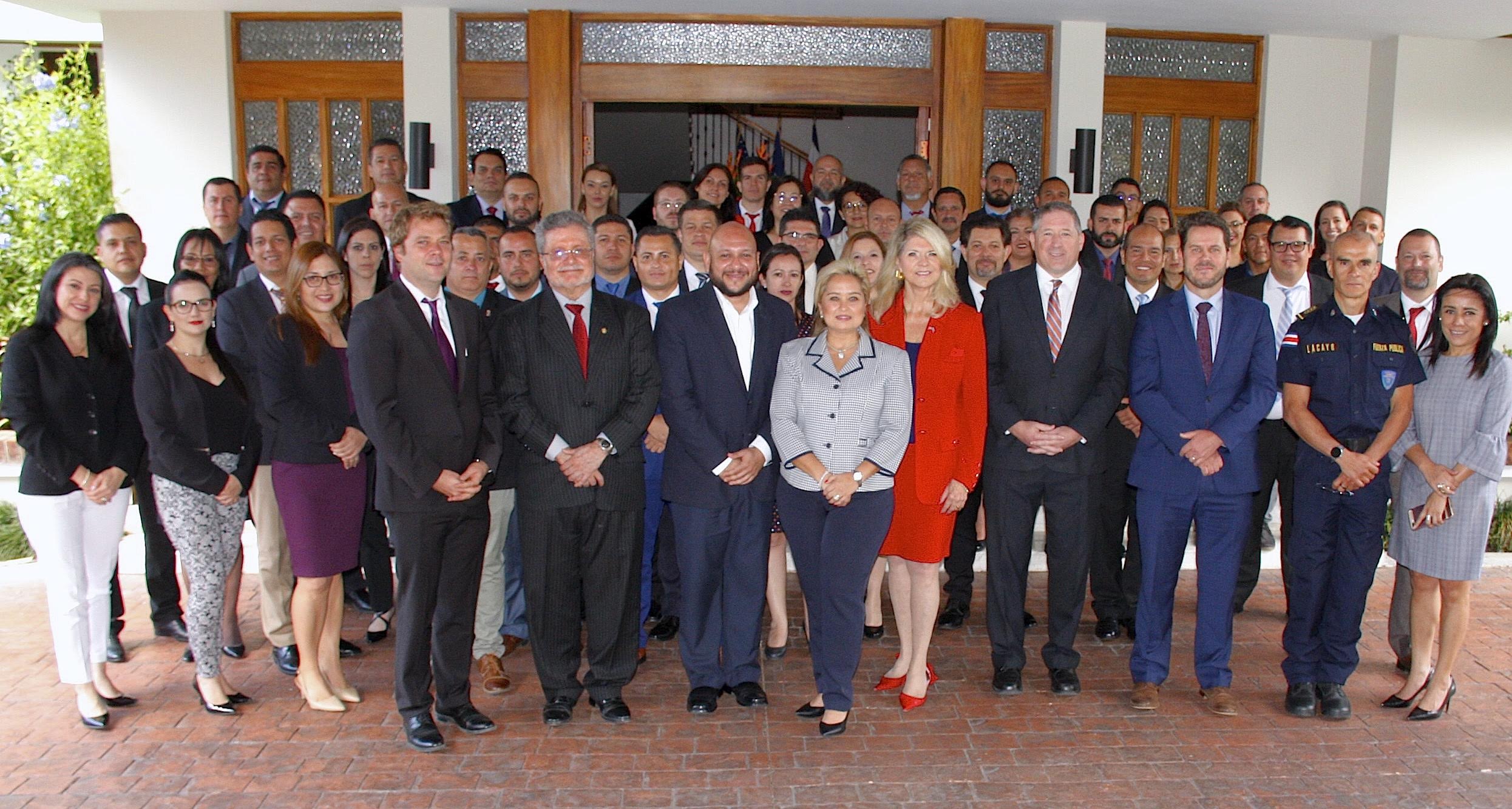 The event was developed as part of the alumni follow-up program, whose purpose is to measure the impact of the trainings offered by our academy. As Director Brown emphasized in his speech, since its creation, in 2005, ILEA San Salvador has trained more than 15,000 law enforcement professionals from 32 countries, in Latin America and the Caribbean, of which more than 700 are Costa Rican nationals.

This activity was also attended by the President of the Supreme Court of Justice of Costa Rica, Fernando Cruz, the Ambassador of El Salvador in Costa Rica, Patricia Pineda, the Director of the National Police Academy, Erick Lacayo and other high-level officials of the neighboring country.

The mission of ILEA San Salvador is to work as a single team to combat transnational crime and to strengthen security in each of the countries of the region.

Director Henriquez expressed appreciation for the work that Costa Rican law enforcement officials do on a daily basis and highlighted two important success stories such as Operation Adalid, which was carried out between Costa Rica and Panama, in 2019, and that of a complex investigation that resulted in the seizure of more than $4,000,000 in cash from an illicit drug trafficking organization.